All the pregnant ewes are in the paddock that has an electric fence around the perimeter to deter the foxes. A shooter friend shot a fox in another paddock last week and we saw two foxes frolicking around the dam in the same paddock. So the foxes are out there in numbers.

We have often counted many sets of twins when they were first born but by the time you get the lambs in the yards to mark them the number of twins is halved. If, you can protect the lambs until they are a couple of weeks old the survival rate of twins is much higher. 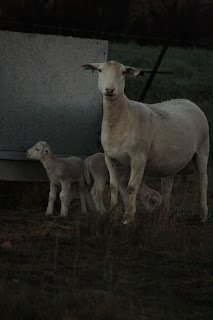 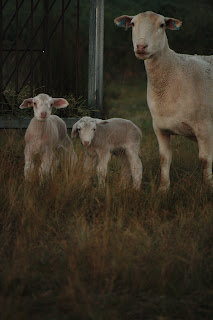